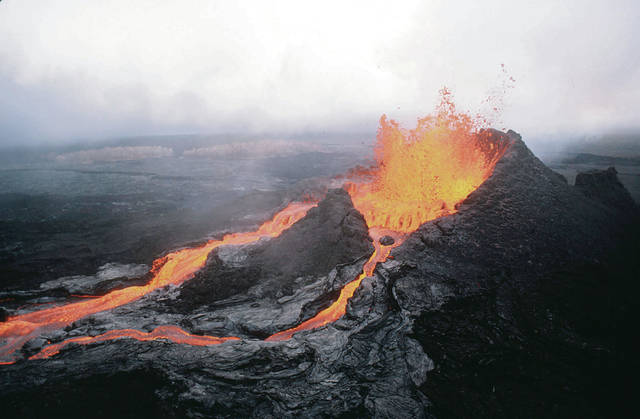 Saint Alphonsus and the Volcano

“Otherwise believe for the very works’ sake. Amen, amen I say to you, he that believeth in me, the works that I do, he also shall do; and greater than these shall he do.” John 14: 12

A child prodigy, the great Saint Alphonsus Maria di Liguori (Sept. 27, 1696 – Aug. 01, 1787),   entered university at the age of 12 and completed double doctorates in canon and civil law at the age of 16. He entered the Italian Bar at the age of 19. After losing only one case in his entire career, the Saint abandoned the world, his wealthy inheritance, his title as a noble, became a priest, and founded 3 religious orders.

Having stopped Mt. Vesuvius from erupting with his prayers, what does Saint Alphonsus have to say about natural calamities like those in modern Hawaii and Guatemala? St. Thomas Aquinas teaches us that even the elements are offended by our sins, and would turn and attack us if Almighty God did not restrain them.

When we offend God, He no longer restrains the elements.

St. Vincent Ferrer says that the fires of earth are cold compared to the fires of Hell. Think of that the next time you read that the current temperature of the volcano in Hawaii is now over 2,000 degrees Fahrenheit.

Like a loving earthly father, God uses natural calamities to punish us and stop us from committing more sins that will send us to Hell. These calamities help us to recognize our faults, and to correct them. After the Fukushima Daiichi nuclear power plant disaster in 2011, the Prime Minister of Japan publicly acknowledged “We are being punished for our sins.”

There used to be a saying that “crime does not pay.” It would seem we are now paying for our crimes. The BBC reported that in 2017, the United States paid the highest sums in its history for the natural calamities visited upon it by the wrath of God.

There is no such thing as Mother Nature, and news commentators do the public a grave disservice by pretending that it exists. It is God who creates nature, and not fictional entities known as “Mother Nature.”

The Catholic Church teaches us that there are 4 abominations. An abomination is a type of sin that draws down the wrath of God.

We have now slaughtered 50 times the number of all American casualties in foreign and domestic wars. We have slaughtered a population greater than that of Canada and almost as much as the United Kingdom.

In addition. rather than condemning what God and our own nature teaches, we have pretended that 2 human creatures of the same sex can marry when obviously they cannot. This has invited the wrath of God and a host of other societal ills.

Since there seem to be no preachers who will condemn these sins, is it any wonder that God has enlisted the services of earth, wind, air, and fire to correct us? We ought to pay attention and mend our ways when we see Puerto Rico and parts of Texas and Hawaii destroyed by natural calamities.

You may wonder: why doesn’t God punish all of our sins in this life? If He did, the Catholic Church teaches, we would doubt the existence of a future life.

Is there a volcano, that is, a difficult situation, in your life? One of the most powerful methods of prayer is the rosary. For example, the USSR took over Austria in 1947, making it into one big concentration camp. The unarmed Austrians drove the Communists out of their country without firing a shot.

How did they do that? By praying the rosary in solitary and processions for the deliverance of their country from Communism.
On May 13, 1955, the Communists packed up and left Austria.

St. Francis of Assisi said that if you wish to sanctify society, you must first sanctify yourself. When you break a window, you must pay for it. Or at least repair it.

This reparation is known as penance, and we all ought to do it if we wish these calamities to stop. Even the pagans recognized that God displays his wrath through the elements, and we ought to appease Him rather than continue to offend Him.

Thus, we ought to pray the rosary for our nation that God will save it.