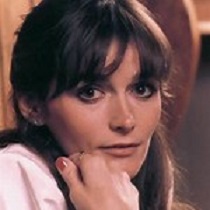 Only Margot Kidder has the answer

Last week the Park County, Montana coroner ruled the death of film star Margaret Ruth “Margot” Kidder on May 13, 2018 as a suicide by drug and alcohol overdose. Miss Kidder became famous for her portrayal of Lois Lane in the film version of “Superman” and Kathy Lutz in “The Amityville Horror.”

Born on October 17, 1948 in Yellowknife, Northwest Territories, Canada; Miss Kidder was a naturalized US citizen and Democratic Party activist. She also supported abortion and environmental causes. She started her acting career in Canada and then moved to the USA.

Margot Kidder described the effects of her abortion:

“She remembers saying, “I want my baby back”; she remembers the “horrible, horrible nightmares” after the abortion. “They were constant and went on for a long time – images of children running at me with slashed wrists, of dead babies… The nightmares stopped when I had my child.”

Miss Kidder had a history of bipolar disorder and repeated nervous breakdowns.
Despite her illness, she worked as an actress for many years before her death in Montana.

David Reardon, PhD, founder of the Elliot Institute and author of “Aborted Women, Silent No More,” has studied the effects of abortion for many years. He says that mothers who carry their children to term have a lower rate of suicide than women who don’t. He also says the suicide/abortion link is well known to the mental health community.

Dr. Reardon also says that abortion increases the likelihood of suicide by 154%. He found that 50% of post-abortive mothers had suicidal thoughts. It is as if the mothers feel that they have committed an unforgivable sin, which is not true.

The Catechism of the Council of Trent teaches that sin causes a scar on the soul that only penance can erase. Abortion is a mortal sin against the 5th of the Ten Commandments. When we break the 5th Commandment, which is “Thou shalt not kill,” it causes us and those around us terrible harm.

To repair this harm, we must pray the rosary, fast, and do other penances to make up to God for what we have done. Only in that manner can we find peace.