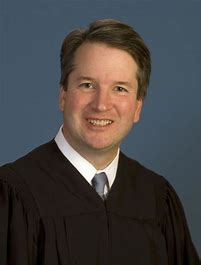 Pray the rosary for Brett Kavanaugh and our country

Magic acts often involved distraction and misdirection. As Lisa Haven said in her recent Project Dragonfly video here  , the important Kavanaugh nomination is also a distraction from Project Dragonfly, the infamous and evil efforts of the tech giant Google to help the Chinese Communists further enslave their people.

The Project Dragonfly app allegedly links the Chinese’ users identity to his searches. If the government does not like the user’s computer activity, he can end up in a concentration camp and executed. One of the Chinese methods of execution involves removal of the political dissident victim’s organs for sale.

While we were sleeping, Google was busy helping the Reds

During their most recent media circus about Brett Kavanaugh, the mainstream media almost completely ignored the equally important Congressional hearings on Project Dragonfly. However, computer engineers have apparently noted reports from the independent press on Project Dragonfly. They are turning down Google job offers in disgust, according to an article on today’s Info Wars

It is increasingly and disturbingly apparent that Google’s efforts to control the Chinese people through their search engine technology is a beta test for the USA and other nations. It’s bad enough that the Chinese have been enslaved by the Communists for decades. We do not want that HERE. We must pray the rosary for Brett Kavanaugh’s successful Supreme Court nomination, and that God will deliver us from Communism.

In the meantime, the deranged Left continues to agitate against Kavanaugh

Watching some deranged Americans attack and malign Supreme Court Nominee Brett Kavanaugh has been so upsetting that I have often turned off the news of it in disgust. As a woman, I do not believe Christine Ford or the rest of the evil rotten crew who are maligning him. The name “Christine” means Christian. Ms. Ford ought to be mindful of the Saint who said to a man also named Christian “Change your conduct or your name.” Her conduct is shameful and beneath her dignity as a human being created in the image and likeness of Jesus Christ.

As a woman, I also deeply resent watching the left use the vulnerability and weakness of my sex to defame and slander an innocent man in the most grotesquely obscene manner possible. God designed us women to be a help to men, not a hindrance. This whole fiasco is perversion of what male – female relations ought to be.

The reason that God allows evil is that He wants us to fight it and so that He can draw good out of it. Let us pray the rosary that God will save our country from Communism and that Brett Kavanaugh will be our next Supreme Court Justice.