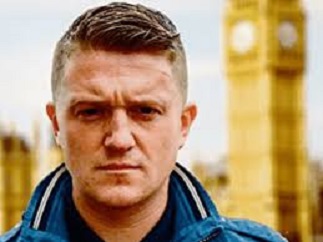 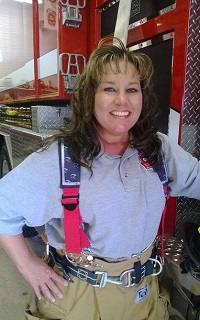 Firefighter Monica Kelsey, who was conceived in rape, speaks on today’s program. Our society pressures expectant mothers to abort their children who are conceived in rape. But we don’t punish children for the crimes of their parents.
Abortion is a horrible crime and 2 wrongs, rape and abortion, do not make a right. Monica is a kind, selfless person who is an example of good triumphing over evil. We need to support raped mothers rather than pressure them to do wrong and kill their children.

Pro-life speaker Nicole Cooley discusses the upcoming Pro-Life Bootcamp in Virginia, and how you can participate. Nicole explains the Genocide Awareness Project that shows the ongoing genocide of abortion. She also shares her experience of rape and abortion and how it affected her life. The Elliott Institute did a research study on the effect of abortion on women who have been raped. Does abortion benefit such women? Listen and find out.

Today I interviewed Rebecca Kiessling and we discussed her unusual life. She was adopted as a baby girl. When she was 18, she discovered that her mother had been raped by her father, a serial rapist. Not only that, but her mother had been to 2 abortionists to try and kill her.

Rebecca met her birth mother when she was 19, and her mother said that she would have killed Rebecca had abortion been legal at the time of Rebecca’s birth. Despite this tragedy, Rebecca went on to be a wife, mother, attorney, and international pro-life speaker.

She defends the unborn and in particular those who are victimized by
the “rape exception” debate. It’s horrible to think that some people erroneously believe that killing innocent babies is okay if their father happens to be a criminal.

Children should never be punished for the crimes of their parents. We wouldn’t allow a dog to be beheaded and torn limb from limb like a human baby. Yet it happens every day in the USA.

Not only that, but the children of rapists are “thrown under the bus” as Rebecca put it by those who compromise with the evil of abortion. Rebecca said that when she was interviewed by Sean Hannity, he described people like her as “the demon seed.”

If we allow the rape exception to persist in law, then what, Rebecca pointed out, is to prevent an expectant mother to demand an abortion on the basis that she has been raped? In many states, feticide, or the murder of a preterm baby, is now a crime. Yet the moral schizophrenia of the law allows mothers to kill their own children through abortion.

In seeking justice for children, we must not compromise and allow the children of rapists to be summarily executed merely for having a criminal father. The 5th Amendment to the Bill of Rights states that no person shall be deprived of his life without due process of law.
The widespread practice of sharing ultrasounds of preterm babies has demonstrated that the fetus is a person who deserves to live and to be treated with love, compassion, and respect as even Our Savior Jesus Christ showed us the same love by dying for us on the Cross.